The Year in Review

It's been an interesting year, to say the least.

Gaming wise, it's been one of my least productive, while creatively it's been quite the opposite, just not on this blog.  Or rather, not with the regularity of previous years.  I think the lack of blog activity is tied to the lack of gaming though - going through old posts, I see that many were play reports.  Take those away, and all that is left is pretty much the same volume of what I've put out this year.  Maybe a little more, but not much.

I think a large portion of my creative energies have been sapped by my job, which picked this year to turn batshit insane on me, my wife and I moving into a house midyear, and my rededication to writing.  My short story writing has been positively prolific this year - I've joined a local writer's workshop, and I've submitted several stories for publication, with some positive results.  Getting a story accepted into Pulp Mill Press' Libram Mysterium project was a big boost, and I've finished several stories since, with several more in various stages of completion.

There's also Google Plus, where I've found myself losing hours and hours.

I finally hammered From the Ashes into some sort of workable draft and pushed it out to several people to look over and review, and collected various art pieces from several artists, and it seems to be slowly taking shape into an actual thing, which blows my frikkin' mind.  It's been an airy mass of thoughts and ideas for so long that my mind rejects any attempt to process it as something that I may be able to hold in my hand soon.

In an attempt to back away from FtA for awhile so that I can be heartless and cruel when it goes to editing, I started up with Tayxis.  Initially just a joke that I ribbed my wife about, it's turned into something a bit more serious, and in typical fashion, as soon as I've started taking it seriously, my muse flew away.  That, combined with my job insanity, has made the last month pretty difficult creatively.

Things seem to be settling down, though, and my thoughts are turning once more to the sweltering lands of the Lone Star, so I have a feeling 2014 will see a whole lot more Tayxis.

One last thing regarding From the Ashes - I promised way back when to show off the cover, and while I did forget, I haven't forgotten.  I think that will make a very nice first blog post for 2014.

Happy New Year, everyone!
Posted by Unknown at 11:20 AM No comments:

Email ThisBlogThis!Share to TwitterShare to FacebookShare to Pinterest
Labels: From the Ashes, Tayxis

Fun fun fun time!  This is a list of books and movies which have had  formative influence on Tayxis.  So if you need to get into the mood, sit back, pop open a bottle of Shiner Bock, and enjoy.

Preacher: This is the big one.  Before I moved to Texas, before I had ever been to Texas, I knew Texas.  Garth Ennis, bless his Irish heart, understands the mythological underpinnings that make this state what it is.  It's god vampires, angels, demons, the Saint of Killers, rednecks, Christian conspiracies, honestly - if you haven't read this yet, just go.  Start reading it now.  Thank me later. 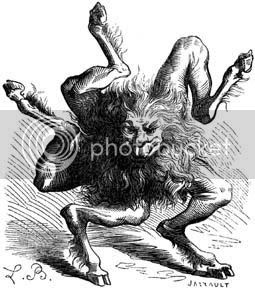 Demonographia : Dictionnaire Infernal: Written by Jaques Auguste Simon Collin de Plancy with incredible art by Louis Le Breton, this is a "go-to" book when it comes to all things Demonic.  Recently translated into English by Trident Books, it's a thing of beauty.  Breton's illustrations are evocative, to say the least, and each demon gets its own description.  All it's missing are some stat blocks to make it a proper RPG Supplement. 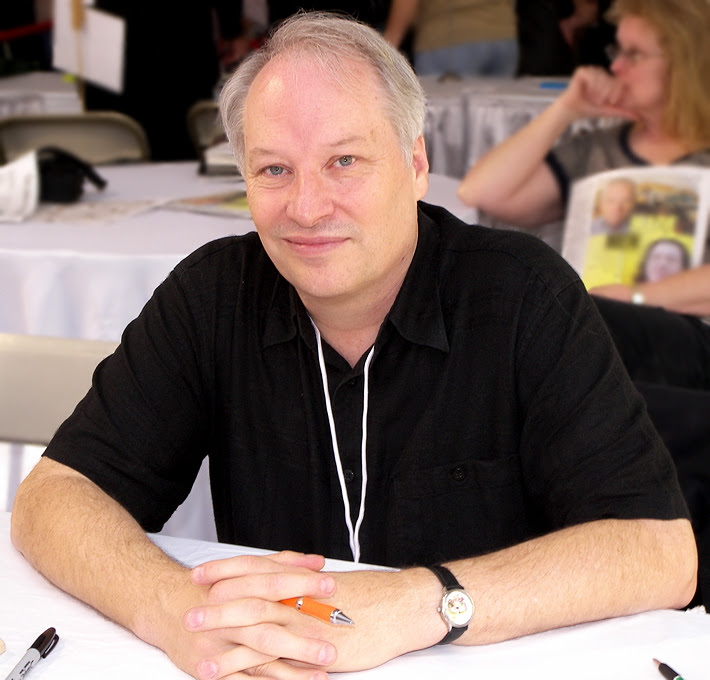 The Works of Joe R. Lansdale - Mr. Texas Horror.
I've only recently started reading him, but he's definitely in there.  Writer of the Purple Rage and High Cotton are the length and breadth of my experience thus far, but I've got The Complete Drive-In glaring at me accusingly from my bedside table, and I can only take that for so long.

I hear you, right now, going, "Whaaaaa?" Maine can't be any further from Texas, and you're right.  But at the same time, it captures the essence of small town horror so perfectly, I'd be remiss not to include it as an influcer. 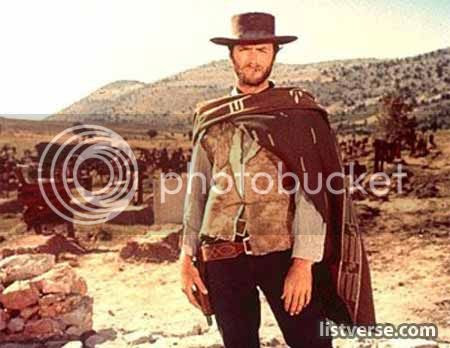 The Dollars Trilogy: For some people, John Wayne is the quintissential cowboy, but for me it will always be Clint Eastwood, and these films in particular seem to evoke everything that is awesome about Westerns.  You can argue about how it ripped off Yojimbo, and you'd probably be right, but I don't care.  It showcases everything that made the Old West awesome  - it was dirty and grimy and morally ambivalent and everything that John Wayne wouldn't have gone anywhere near. 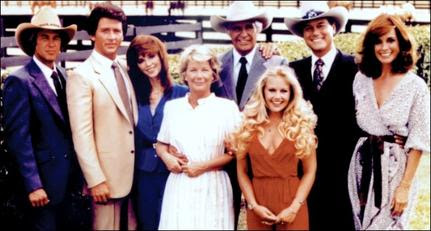 Dallas: C'mon, admit it.  You've watched an episode or two.  Everyone has, it's okay.

Bring Me the Head of Alfredo Garcia: Sam Peckinpah's greatest film.  Just as gritty as any of Leone's westerns, this is 70s action at its finest, but one of the best directors.  The first of two of his movies on this list, so that should give you an idea of my feelings on his work. 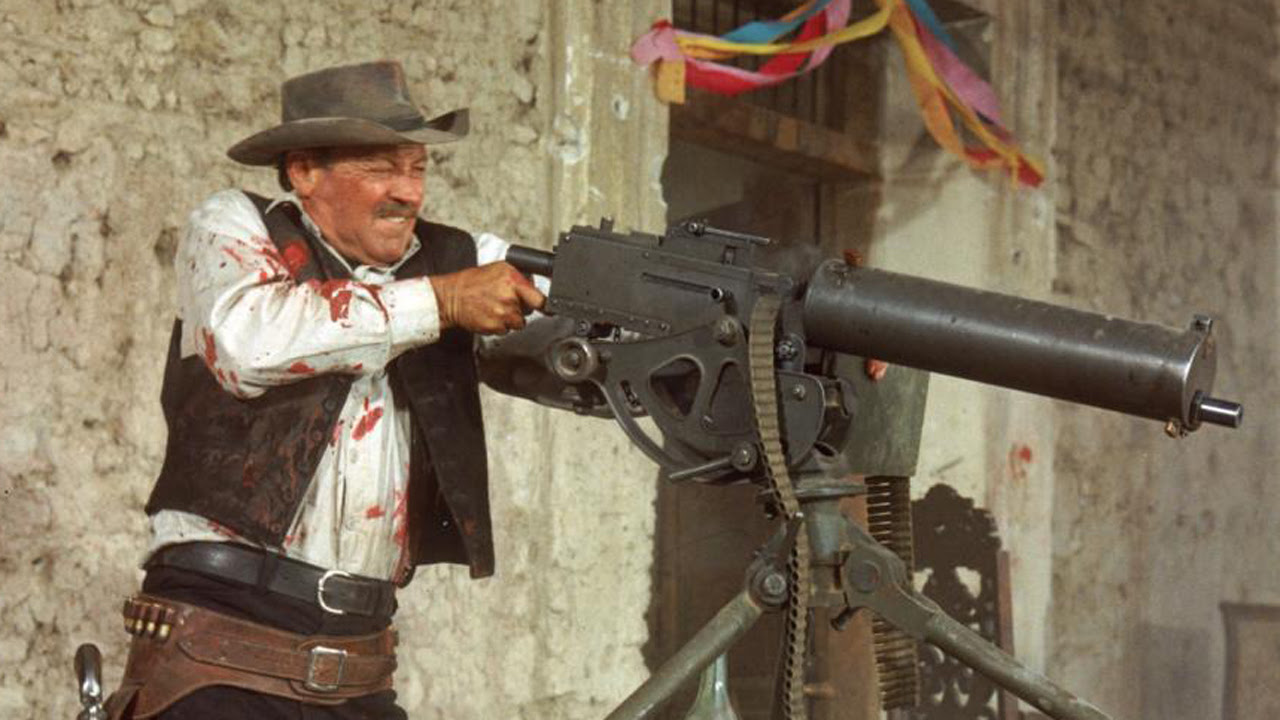 The Wild Bunch: The other one by Peckinpah, a Saturday afternoon viewing of this movie was what gave me the idea of different technological zones within Tayxis.  It really captures the idea of changing times, and the people who are left behind as it happens. Prime Cut: They say that this is set in Kansas, but I think they just changed the name to protect the
innocent, becuase it's obviously set in Texas.  If the first scene doesn't convince you, I dunno what to tell you.  Regardless, it's Lee Marvin in his prime, doing what he does best - being a badass.  Gene Hackman is the baddie, and this is the film that introduced the world to Sissy Spacek.  But yeah - it's totally Texas, all the way.