Another masterpiece from the incomparable Jez Gordon, this one depicting the Totalitariants, previously discussed here. 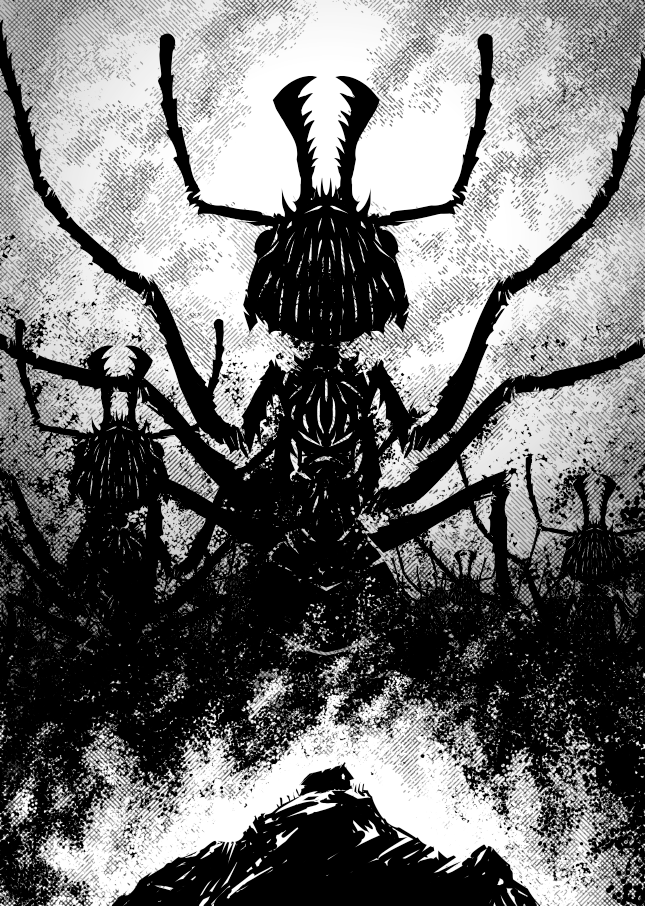 Posted by Unknown at 9:19 AM No comments:

Email ThisBlogThis!Share to TwitterShare to FacebookShare to Pinterest
Labels: Art, From the Ashes

My thoughts on Pacific Rim

I'm on vacation this week and wasn't going to post at all, but I saw Pacific Rim this morning, and felt I needed to be the 9,584th person to comment on it.

Overall, I enjoyed the film.  It does what it sets out to do well - to make a movie where giant robots and monsters punch and stab and shoot each other.  Hollywood doesn't think that's enough, though, so you end up with plot and character development shoehorned in awkwardly.  Did Idris Elba need to have cancer?  Did Dudebro McGee (does anyone remember the main character's name without checking IMDB?  Bueller?  Bueller???) have to have any sort of character arc at all?

Think about all the criticism the movie has suffered since its release - 99% centered around paper thin plots and broad sweeping characterizations.  Why?  Because those sorts of things don't really belong in a film about giant robots and monsters that punch and stab and shoot each other.  You're not going to the movie to see character development.  Idris Elba's name might have been on the top of the posters, but he wasn't the star of the show, the giant robots and monsters were.  And if you don't need it, putting it in there anyway is always going to feel forced.

Movies like these should be done documentary style.  You ever watch Our World at War, Victory at Sea or any of the old WWII documentaries History Channel used to play when they used to talk about History?  It should be like that.  There's plot, but the characters are only presented in terms of how they relate to the plot.  The only time you get romance is when it's germane to something to do with the War.  Here's a sample:

Can you honestly say this movie would have been worse had Dudebro McGee and his merry band just been presented, profile style, and the rest of the movie was just giant robots and monsters punching and stabbing and shooting each other?
Posted by Unknown at 4:32 PM No comments:

Email ThisBlogThis!Share to TwitterShare to FacebookShare to Pinterest
Labels: review 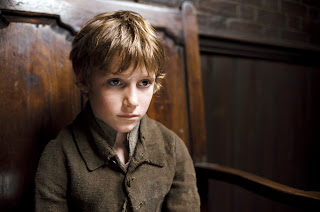 Some time ago, I did a writeup on a character that I made for a short-lived Pathfinder campaign.  Peter No-Parents, as he was named, was a halfling cutpurse, with a skillset devoted entirely to lying and thieving.  He was almost completely useless.  He couldn't check for traps, climb walls, or do most of the things normal thieves do.  He had almost no combat abilities whatsoever, doing 1d4-3 points of damage, whether he used his sling or his dagger.

What he could do, though, and what he did for almost the entire time he was played, was hide and steal.  With a 15 in Stealth, he pretty much couldn't be seen unless he wanted to be, and with a 17 Charisma, he could lie his way out of any tight situation.  Further, he could "take 10" on any roll where he was trying to prove/bluff his innocence, and once a day get a +10 to Bluff checks.  It was several sessions before the rest of the party even knew Peter existed, and once they did, they just thought he was a waif following them around.  I don't think they ever figured out he was a thief.

Needless to say, he frustrated the other players.

I got together with an old gaming group of mine that I hadn't seen in several years, and they were, as luck would have it, jumpstarting a brand new campaign in Pathfinder, and did I have a 1st level character handy? 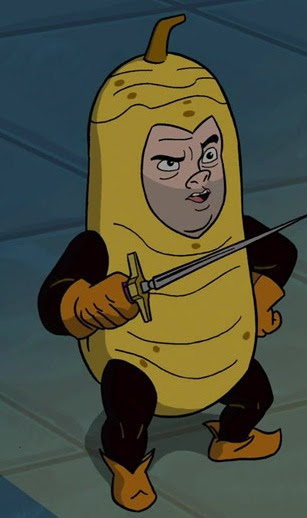 I'm playing him a bit differently this time, though.  First of all, this party a) knows he exists, and b) knows he's a thief.  So that's a good start.  Second, I'm giving him a bit of depth.  While he still plays the Oliver Twist, "Please sah, may oi have anotha?" bit, there are times when his inner cuthroat comes out, and he starts to sound a bit like Tim-Tom from the Venture Brothers.

We appear to be playing some variation of Slave Pits of the Undercity, which is fun, and the party has made good use of Peter's Sneaking ability, sending him up to and around the ruined temple to search out and find out troop movements and such.  We've determined that we are horribly outnumbered, and as such are trying to be as sneaky as possible.  The entire session was taken up by us getting to the temple, trying to buy the damsel back from the slavers, failing, and then trying to figure out the best way to get in without alerting anyone.

We actually went the entire session without rolling initiative.  There were a couple of ambushes, and a hapless orc scout got his throat cut by Tim-Tom Peter when it turned out he really just didn't know anything that could help us,  but it was a pretty blood-free session.

Looking forward to more!
Posted by Unknown at 4:17 PM No comments:

The Effects of Nuclear Weapons 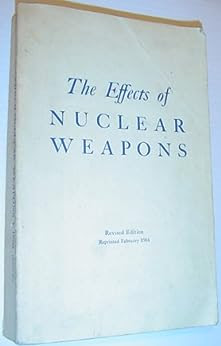 Wandering through Half Price Books yesterday, I happened to spot this book sitting on a cart.  It's plain cover, sitting amongst the garish colors of its neighbors, caught my eye, and I picked it up.

Commissioned by the Department of Defense, these books were first published in 1951, but were updated several times since, expanding in size as our knowledge grew.  Originally only 99 pages, by the time the 1993 revision came out, it weighed in at over 5500 pages across 27 volumes.  I picked up the 1966 edition, which was the last edition compact enough to be held in a single volume.

Much of the information presented within is quite obviously not designed for the layman, while some is so stark it could be understood by almost anyone.

If you're interested, a later version has been scanned and is available online here.

Of particular interest, however, was what I found at the back of the book.  Tucked into a paper envelope glued to the inside back cover was what is billed as a "Nuclear Bomb Effects Computer".

At the time this was published, you could send the US Government $1 and they would mail you one of these puppies if you weren't lucky enough to get your hands on this book.  Basically,  by specifying the weapon yield (kT or MT), the crater depth and radius can be determined. By also specifying the range, the maximum overpressure (PSI), the maximum wind speed (MPH), the estimated dose (rem) and the thermal radiation (cal/cm2) can be determined. The weapon yield can be determined from the radius of the fireball, or vice versa.
Of course, when I saw it, the first thing I thought was that it was a really advanced version of this bad boy: 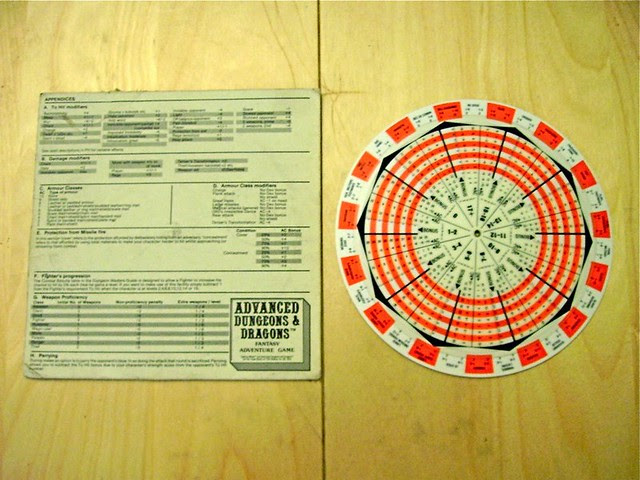 Seeing as how it's government issue, and as such copyright free, I'm surprised Twilight 2000 didn't slip one of these in their box sets - as crunchy as it was, it would have fit right in, and I doubt anyone would have batted an eyelash.

Posted by Unknown at 1:43 PM No comments: