The Crawl: A Nihilistic RPG 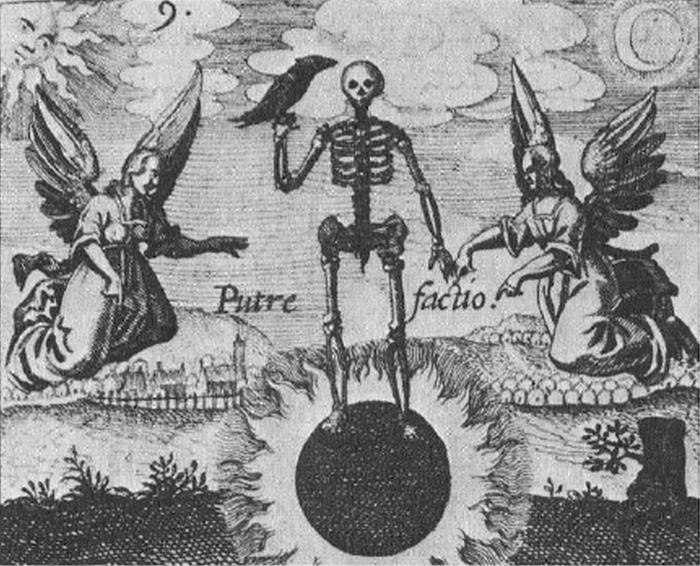 Time is Entropy, Gravity is Death ~ The Cursed Creed

There is a grinding certainty to life since the Black Sun Ascended.  Day over day, those that stand out are measured and reduced by the unrelenting pressure of existence, until a smooth surface is all that remains.  Soon even memory fades, and life, such as it is, continues, ultimately undisturbed.

Those unfortunates condemned to this harsh existence measure out their days in terms of length and depth - the lengths they are willing to go to survive, and how far they can burrow.  There used to be Life, but no longer.  Now there is only the Sun and It's Thoughts, and the Cursed who dig deep in a futile attempt to escape Their Wrath.  The charred remains of What Was are all around, scattered like spoiled meat across an unending plain, while the Black Sun looks down with sanguine menace.

The Black Sun has always been there, but It once had a balancing force.  What happened to the Light Sun, no-one knows, but it's gone, and nothing exists to protect Life from the disinterested loathing of it's dark twin.

Direct exposure to the light of the Black Sun causes agony and death, stretched into infinity by the weight of its Thoughts.  The only living beings that survived It's Ascendance were those below ground.  Those who currently live are the direct descendants of those unfortunate few.  Light is an inexorable force, though, and the Black Sun's light has been chasing the survivors ever since.

The Cursed, as they call themselves, are the blasted remnants of life in a universe of decay.  Cannabalistic parasites, sucking a meager existence from the corpse of a long-dead reality.  Once they had nations, races, goals.  Now they are one, scattered though they may be.  United at last in the unending struggle for survival in a reality that abhors them.

Once they had names, but names, like much else, have no use in this world.  There are many words that have gone extinct, like Love, Happiness, and Rest.

Now, all there is only The Crawl.

Each day is the same as the last - all one can do is dig, while the deathly rays of the Black Sun beat upon their backs, worming their way through the cracks and tunnels, chasing the damned souls farther and farther from the surface.  If they stop, they are assaulted by manifestations of the Sun's Thoughts.

The door between This and Everything Else slammed shut when all that was good fled in the face of the overwhelming force of the Black Sun, hoping to trap It within a prison of existence .

Now, all that remains are those who weren't quick enough to get out.  The Sun squats in the center of a black and broken land, it's baleful gaze so strong that it has pulled reality itself around it.  Now it shines down upon everything, crouching in the center of a hollow universe.  Day by day, the All is constricted, pulling tighter and tighter around the Sun, and one day All will be pulled within it, finally ending it's eternal evil.

The Black Sun is using the characters, and all those still Crawling.  They dig to escape It's Black Light, but their escape provides tunnels for It, pathways that It can use to dig into the foundation of It's reality.  The characters' struggle for survival will ultimately result in the release of the Black Sun from It's prison, as their efforts will weaken the mortar of existence enough to allow the Terrible Thoughts to shatter it completely, and doom everything Beyond.

Black Thoughts should torment the players with this knowledge in any encounter, making sure they understand the futility of their actions, their struggles, and their very lives.

Email ThisBlogThis!Share to TwitterShare to FacebookShare to Pinterest
Labels: The Crawl, We're All Gonna Die