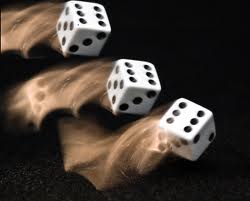 Awhile ago, I mentioned that a mechanic I had been playing with as a mini-game within a module seemed to be more robust than I had anticipated, and it might work as a core mechanic for From the Ashes. Having toyed with it for a bit, I figured I'd throw it out there to gauge reactions.


The system has been built around the idea of opposed rolls, but can be adapted to meet what would typically be unopposed checks as well.  It's based on three key ideas - Distance, Difference and Degree.

The process is as follows: each party involved would roll a d20, and compare the result to their appropriate Attribute Score.  The Distance is the number rolled, subtracted from the Attribute Score.  The greater the Distance, the greater the Success, as compared to their own capabilities.  The Difference is the lower Distance subtracted from the higher Distance.  The greater the Difference, the greater the Success, as compared to the opponent's Success.  The Degree is the in-game, non-mechanical measure of that Difference, so a Difference of 1 or 2 results in a minimal Degree of Success, while a Difference of 10 creates an exceptional Degree of Success.


So let's say that Avery, with a Strength of 9, and Grog, with a Strength of 18, are arm wrestling.  Grog the man-mountain rolls a 16, while Avery the noodle armed choirboy rolls a 2.  Grog's Distance is 2, while Avery's is a 7.  Grog's effort is not his best, while Avery puts forth a herculean effort, and manages to defeat his much stronger opponent.  The Difference is five, which is an Average Degree of Success - after some hard work, Avery is able to beat Grog at arm wrestling.

If, however, Grog had rolled a 17, while Avery rolled a 1, Grog's Distance would be 1, while Avery's would be 8, so there would be a greater Difference of 7.  Perhaps Grog's elbow slipped in a puddle of beer, thus creating a more decisive victory for Avery.

This time around, Grog rolls a 3, while Avery rolls a 12.  Avery fails his roll, and Grog's Distance of 15 is used to determine the Degree of Success.  With a Degree of 15, poor Avery doesn't stand a chance.  Grog slams Avery's arm to the table with a resounding, "THUNK".  Avery thinks his arm might be broken.

A tie means the challenge is at an impasse, and continues on to the next round, with each player taking a +1 penalty to their roll from the strain of continued challenge.  This puts a greater burden upon whichever has the lower score, as it should be in sustained challenges.

Grog rolls a 16, while Avery rolls a 7.  Both of their Distances are 2, so they roll again, this time with a +1 modifier to their roll.  This time Avery rolls an 8, while Grog rolls another 16.  Including the modifier, Avery did not roll below his score, and so he loses the challenge.

For rolls that would not typically be considered to be opposed, the GM sets a Target Number.  The Player makes their roll, corresponding to the appropriate Attribute, while the GM makes the opposing roll.  The Target Number represents the objective level of challenge of the task, while the die roll factors in the random events that can occur. The easier the task, the lower the Target Number.

While Grog is very strong, no-one has ever accused him of being terribly agile.  Faced with a chasm, he decides to leap across, although his Dexterity is only a 10.  The GM determines that the chasm is not terribly wide, and assigns it a Target Number of 6.  Grog rolls a 7, while the GM rolls a 2.  Grog's Distance is 3, while the GM's Distance is 4, resulting in a Difference of 1, in the GM's favor.  Perhaps a strong gust of wind catches Grog as he jumps, or he does not gauge the distance correctly, but either way, he does not make it across.  A Degree of 1 indicates a Minimal Failure, so perhaps he stumbles as he lands, and loses a turn as he recovers his balance.

I have to look at probabilities and such to develop a table that would standardize the Degrees, for right now I'm winging it a bit, but it seems to me that this could be a workable system.
Posted by Unknown at 9:14 AM

Email ThisBlogThis!Share to TwitterShare to FacebookShare to Pinterest
Labels: From the Ashes, Rules