The Man With the Iron Fists and the Rule of Cool 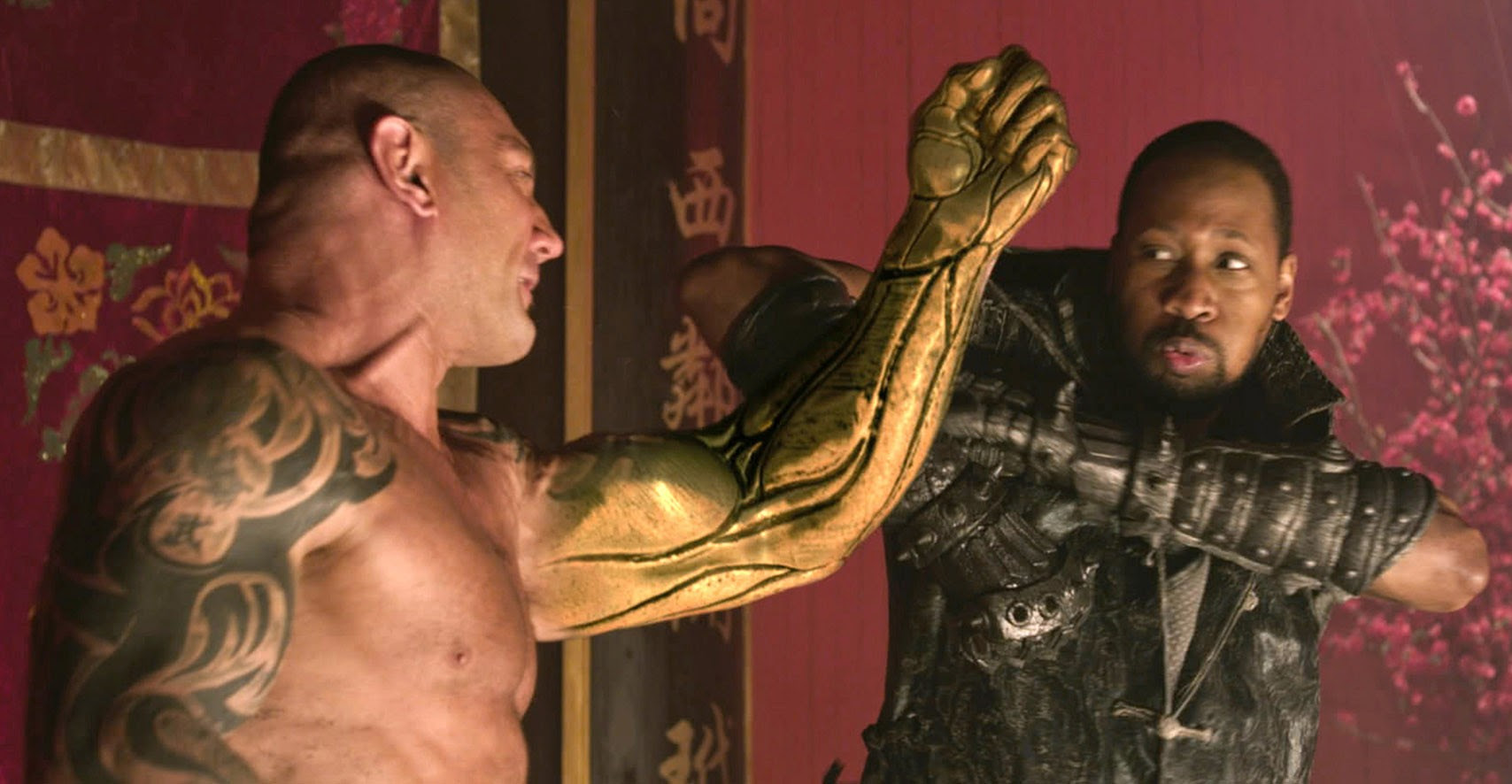 The phrase, "Because f**k you, that's why" has become quite popular recently to explain all sorts of shortcomings in media, both written and visual.  It gets used because of times when it appears as though a writer is lazy, or because an editor has cut something that is a bit more essential than they thought.

Prometheus, I'm looking at you.

What this tends to make us forget, though, is that not everything needs to be explained.  Sometimes, not explaining just makes things better.  I remember my first time picking up an X-Men comic, back in 1986.  It was Uncanny X-Men #209.  On the cover, Nimrod and Colossus were grappling with each other, and in the inside, people died.  Some ended up coming back, some stayed dead, and mostly I had only vague ideas of who most of them were.  There were hints dropped at things that had happened previously, and more hints regarding things to come, but it didn't  feel as though it was an incomplete story.  Rather than being turned off by the existence of more to the story, it drove me back to the store, first to get back issues, then to keep going, keep following the story.

Obviously, that's harder to do in a movie than in a comic book.  It'll be a whole lot harder to bring me back to a Prometheus sequel, for instance, because as pretty as it looked, they strung me along for two hours, asking questions which they did not end up answering.

Which brings me to The Man With the Iron Fists.  On the one hand, you can see some similarities to Prometheus.  The story is that the RZA's original cut of this movie clocked in at over four hours, while the final cut is barely over an hour and a half so you know there's a lot left on the cutting room floor, and I honestly hope that at some point there is a Director's Cut released filling in as much of that as possible.

What was left, though, was a movie that functions much like Chris Claremont's issue of Uncanny X-Men.  There is obviously more to this story than what is presented in the film.  The difference between this and Prometheus is that MWtIF asks no questions, it simply exists.  Would I love to know how/why Brass Body can turn his body into brass?  Sure I would!  But see, here's the thing - I'm a big fan of the TV Tropes website, and I came across a page there recently called the Rule of Cool.  The idea is simply this  - the limit of the Willing Suspension of Disbelief for a given element is directly proportional to the element's awesomeness. So while I would like to know about Brass Body's backstory, I'm content to see him kicking ass on the screen.

All of this got me thinking about RPGs.  First of all, somebody should get the RZA to make an RPG.  The amount of world building that went into that film was phenomenal, which also helped it out when it came to the issues described above.  It didn't feel as though we were getting less than a whole movie, so much as we were peeking through the View Finder into a realistic, fully fleshed world filled with people who existed before the movie and would continue on after. 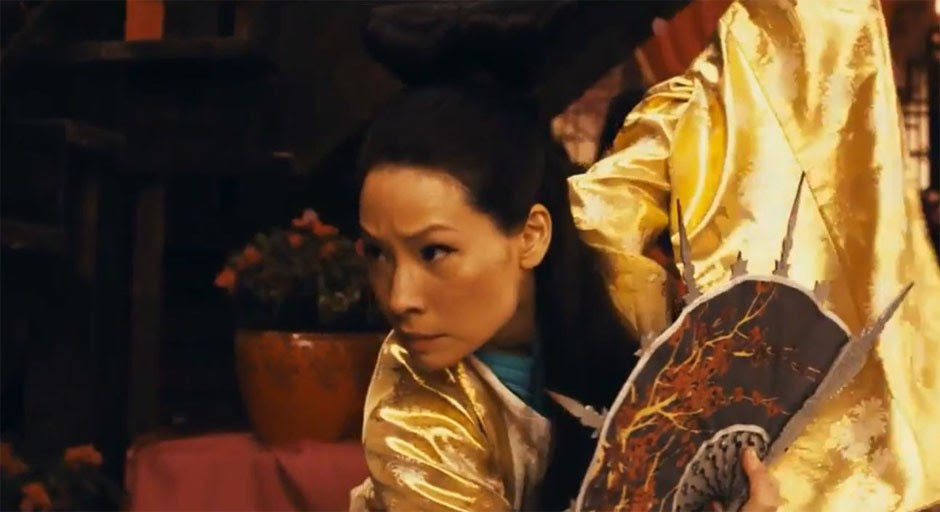 More to the point though, we get tied down in the hows and whys of things very often.  We want things to be "realistic".  We want things to make sense.  And yes, to a certain extent this should be true.  There should be an internal consistency to things - I was perfectly satisfied with Russel Crow having a knife that spun around and also fired bullets.  I would have been less so had he pulled out a plasma rifle and started launching neutron grenades at his enemies.  But I don't need the answer to every single question, unless the movie explicitly asks them.

Another good example of this is in the Wire.  If you haven't seen it, shame on you, go and find it and watch it.  There is a character in the show, I won't spoil who on the off chance that there are people who still haven't seen it, who is presented as an antagonist throughout the show.  In the last season, as a character is leaving a gay bar, in the background of a single shot, there and gone so quick you'd be forgiven for missing it, is this character.  Not once in the entire series is it mentioned that he's gay, it plays absolutely no role in developing any of the many plots in the series, it's just an, "Oh, by the way..." sort of moment.

My point is, it's those sorts of moments that make a series more "realistic".  Not answers, but statements that generate questions, that let you fill in the blanks.  The moments that spawn discussion around the table after too many drinks - who'd win in a fight, Superman or Batman?  What happened to all the other people on the wheel in Conan?  Rather than frustrate the veiwer, they invite them to fill in the blanks themselves, letting them "own" the story in a small way.

WE NEED MORE OF THAT IN OUR RPGs!

Not everything needs to be explained.  We don't need a rule for every conceivable action that a character might take.  We don't even need rules for every likely action.  We don't need every spider and caterpillar codified with stats and XP awards listed in the modules.  We don't need megadungeons, or sandboxes or hexcrawls. What we need is balls to the wall enthusiasm.  What we need is world building.  What we need are players who want to peek throug the View Finder to share in a world of someone else's creation who are willing to help breathe life into that world and watch it grow and evolve as they go.  We need players who ask questions rather than demand answers, who look for reasons why instead of why not.  We need GMs who are willing to be flexible, and willing to find a balance between fun and realism.  We need level-set expectations from all parties, but the freedom to exceed them, and the willing to figure out how to make things work even when they miss.

Or maybe it's just what I need.
Posted by Unknown at 4:10 PM